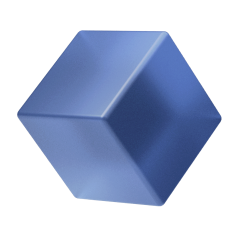 How startup failures can be foreseen right from Product Discovery stage

If critical thinking and solution seeking are your nature, you might probably be able to come up with new ideas easily and frequently. It's a gift but sometimes a curse, as between an idea and a successful product is such a long (and in 90% cases, sad) story! Indeed, many startups failed because they were so excited in their initial idea that they overestimated its potential, thus rushing into development without sufficient considerations, preparations, in other words inadequate product discovery.

In this article, I'll walk you through some common mistakes and respective lessons learned in retrospect of more than 20 startup projects that I've had the chance to work with. This would not intend to be a comprehensive list, but rather a personal pick from my first-hand experience.

And it'll be focusing on the very early stage of Product Discovery.

Many product features or product ideas as a whole are just awesome except that they are released too early or too late.

Talking about timing, I think there are 2 levels that startup founders have to be conscious of and figure out during product discovery: Startup timing and Feature Release timing.

The first level depends on both objective factors (mostly about product-market fit) and subjective readiness in terms of human, financial, expertise and network resources.

In this part I'd like to go into more details about the second level - Feature Release timing, since it is what I have more solid experience with.

This is a fact: A majority of products thrive because they always focus on the right features at the right time, rather than having a bunch of best-in-class features at once.

Such a right timing and focus are particularly crucial in the early stages because startups have not yet had abundant resources then.

Now, how to know when is the right time to focus on what?

In my past consulting projects, I always try to have founders asked themselves these kinds of questions:

There exist a number of prioritization frameworks that are really helpful in this decision making. It will take an entire post (or more) to properly analyse them, but below is a quick review:

Just in case you are not familiar with technical terms, it's worth distinguishing prototypes and MVPs. There are 2 most important differences:

Now, back to the mistake I'm talking about.

While prototyping is a compulsory step in large product organizations, many startups omit it.

In most of the cases, the reason is that the non-tech founders do not know about such technique, and their tech team is not strong enough to give advice.

In other cases, the founders are aware of the prototyping step, but underestimate its importance. By one way or another, I think the root cause is that founders are a bit overconfident about their initial idea and rush to turn it into their dream product with all the beautiful UI and features.

This is a costly confidence though. Prototypes take you only 1 or maximum 2 weeks to finish with very little resources needed. Production-quality products, even MVPs, require at least 2-3 months and thousands of dollars to delivery.

More dangerously, after months and dollars poured into this product idea, startup founders often feel that they have gone too far to draw back. In such cases, failure is just the matter of time.

Remember, you should never rely solely on your gut-feeling when it comes to product idea. The obvious reason is that you don't build it for yourself but for others. Self-reference criterion should be the 1st trap you have to be aware of not only at the product discovery stage but also during the entire development cycle.

I sum up below 3 key takeaways about prototyping that you should keep in mind so that hopefully you will never overlook it:

3. User persona is not articulated and validated

As you may noticed in the previous part, "user" appears twice among the 4 success criteria of a product. "Do users need the product?" & "Will they love to use it?" are two crucial questions that you should keep in mind not only at the product discovery stage but throughout your entire product development.

In this respect, a mistake that I often see is that startup teams assume their user persona without validating with thorough user research. In some cases, this step is done even more roughly, that users are defined as a broad group that is almost impossible to figure a realistic person out of it.

It is therefore tremendously important to define your target users as early and specific as possible, then conduct continuous user research and establish feedback loop with them. During your customer discovery efforts, some of the most common pitfalls that you should try to avoid are talking to the wrong people or talking too much about dream solutions without examining the problems sufficiently.

For products that are supposed to be used by a company's employees in digital transformation projects, this task is relatively obvious and convenient. It becomes much more challenging though when it comes to products for public users. In either case, you have to know exactly who they are and try to communicate with them as much as possible.

4. Founder/ investor-centric instead of user-centric

As a successive outcome of the mistake mentioned above, when you do not work properly on user persona, it will be likely that your resulted product is meaningful for no one except founders or investors.

While many teams have to cut down on product backlog because of limited resources, I know a few cases in which founders are encountered with such a pressure of planning new features frequently so that their developers have something to do. This is especially popular in projects that are funded by external investors.

If this is your case, I believe it's much wiser to spend your money on user research and usability testing right from product discovery stage, given that a lot of bootstrapping startups can't do this step properly just because they can't afford.

Some fundamental tasks you should take in this regard:

You might have known but I'd like to remind a fact: Market and Product Discovery is the very phase that is done very seriously in most of the large product organizations, but often side stepped in early stage startups. I believe this is one of the biggest reasons why 90% (maybe more) startups fail.

Let me wrap up this series in 3 phrases:

We're thrilled to know what you think and discuss with you about product development and startup stories. Get in touch with us at [email protected]! Hello, I am Founder & Managing Director at Enable Startup. I’ve been living and breathing Agile, IoT, data, product design and entrepreneurship for over 10 years now. Feel free to connect or drop me a message! Do you know what successful products like Airbnb, Spotify, and Uber have in common? They were way different from what they look like today. That’s because these products all started with a Minimum Viable Product (MVP) before evolving into their mature versions as we know today. So, what is MVP? Why does it matter? How […] An atypical End-of-Internship Report from Khue Nguyen – our beloved Marketing Intern. How, Where & When? “What do people often do during their gap year before going to college?” Probably traveling, learning something new, or spending time for themselves and their family. Most of my gap year was exactly the same, but the end of […] It’s no secret that digital transformation is not just a bandwagon but a new norm for today’s businesses. While organizations are appreciating the significance of DX much more adequately than ever before, it’s very often that they perceive such initiatives mostly about technology while overlooking digital readiness. In reality, technology is just one among 3 […]